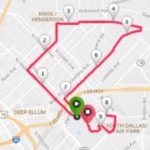 This is the third time in the last three years I have run the Hot Chocolate 5k/15k. I have finished with the following time the previous two years — 2016 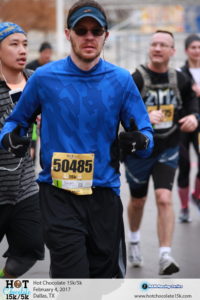 1:36:34; 2015 1:26:32 — so I didn’t PR the race as I finished with an official time of 1:32:19 chip time. What’s crazy looking back over the times I have run this race is that in 2015 I ran the race with a chest cold and finished with my best time/pace despite having a pretty bad chest cold leading up to the race. I distinctly remember coughing my lungs out when I got done with the race.

With the race route, you go mostly up hill for the first 3.5 miles or so and then from there it’s the occasional rolling hill followed by a gentle decline. You get to run a portion of the Dallas Santa Fe trail which is actually a nice trail but in a not so nice part of town.

I felt pretty good about the first half of the race where I had been running around a 9:40/mile pace and so at mile 7 I kicked up my pace a little to sub 9:30/mile so I could finish the race with a negative split however the gas tank ran dry and I couldn’t maintain my pace. My legs felt for the most fine but I just didn’t have the energy to keep going at my race pace. 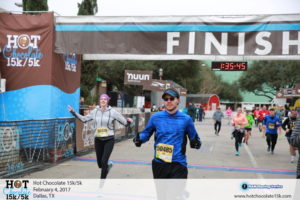 Overall I was very happy with the race and learned something that I need to work on for future races if I’m going to reach my goal of finishing in under two hours for a half marathon. 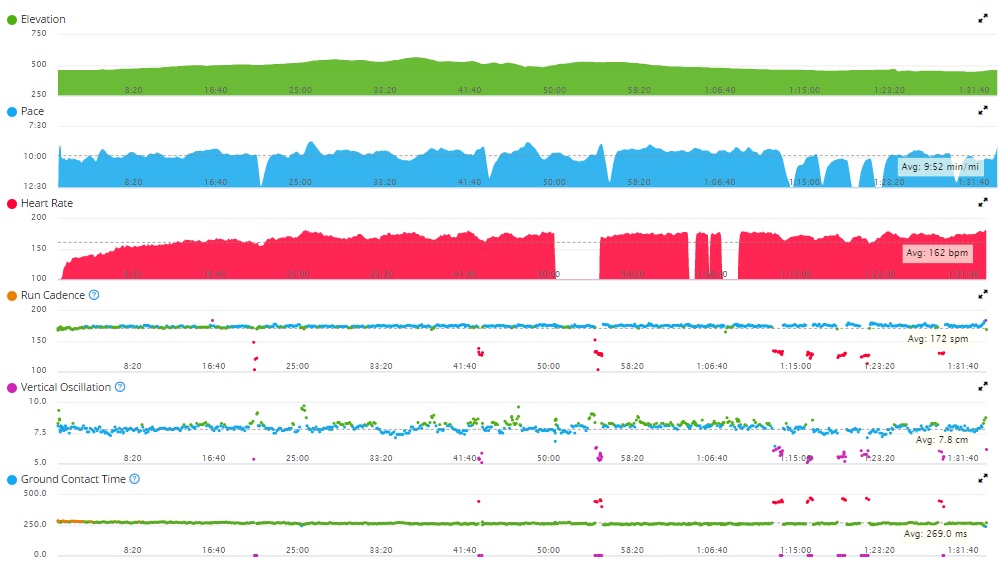 I think I need to look into replacing the battery on my chest strap as I have some blanks periods. I hate this because the screws are all wonky and I hope I can get them out to replace the battery otherwise I’ll have to drop some coin to get a new chest strap from Garmin.

Around Mile 8 I bonked or “Hit The Wall”. I need to work on my fueling if I’m going to have a chance at finishing a half marathon at under two hours. I’ve started into that goal through strength and speed-work already with three workouts a week plus my normal long run on the weekend. 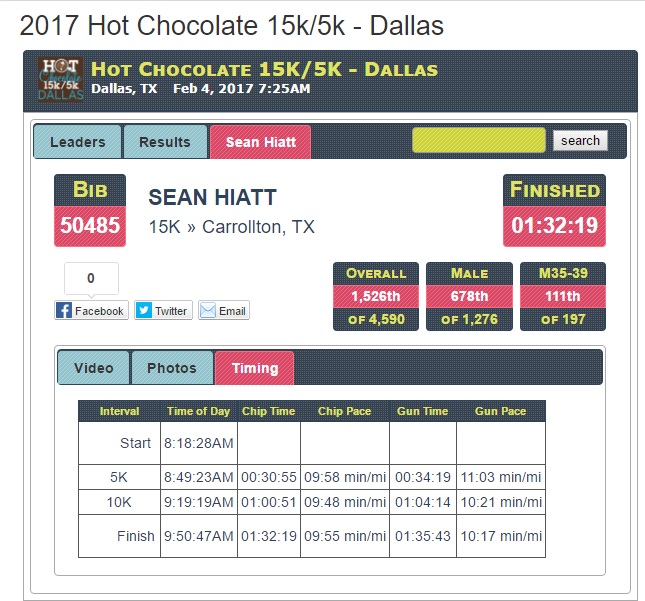 You can view two videos of me crossing the finish line here.